The Edinburgh property market experienced a record-breaking start to 2019 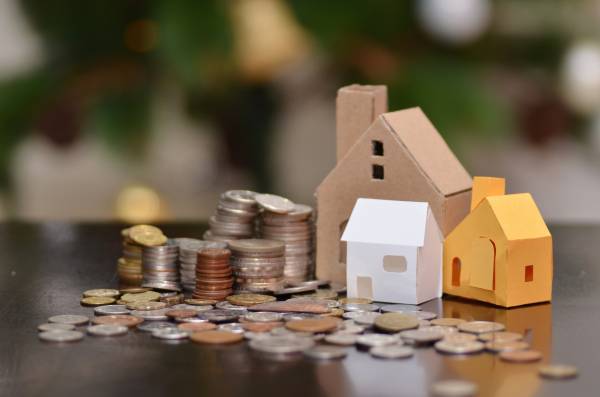 It’s been an exciting few months for the Scottish capital. Recent figures and news items have revealed just how successful a city Edinburgh really is. Not only was it listed as the top city in the UK for economic growth and one of the UK’s most desirable cities overall, it also made the top 10 in the Good Growth for Cities Index back in December.

Data also revealed that Edinburgh has the fastest growing property sales in the UK, is one of Britain’s most sustainable cities and is the best place to work with an increase of 28% in office market movement. What’s more, new figures and plans show just how bright the future is looking for Edinburgh residents overall.

These are only the most recent achievements of the Scottish capital. With so much to offer in the way of history, culture, opportunity, luxury and entertainment, it should come as no surprise to learn just how much Edinburgh is thriving, even in uncertain economic times.

But now it seems there is even more reason for Edinburgh residents and lovers of the city to celebrate its achievements, as new figures have revealed an incredibly strong start to 2019 for the city.

Recent data has revealed that the Edinburgh property market has experienced a record-breaking start to 2019. In fact, it has had the highest number of properties listed for sale in more than a decade.

Despite the looming Brexit deadline on the horizon, figures show that the number of properties listed for sale in January 2019 has increased by almost 40% compared to the figures of January 2018. Buyer activity has also risen over the last twelve months, creating a vibrant and busy property market that is providing both investors and owner–occupiers with confidence.

Edinburgh’s rental market is also on the rise

It’s clear from these figures that Edinburgh’s property market is currently in a very positive position, and further data reveals that this also extends to the Scottish capital’s rental market. In fact, data suggests that the outlook for renting in the city is good even in spite of the uncertainty caused by Brexit.

For example, acquisitive Edinburgh-based property specialist Murray and Currie has revealed plan to expand after it successfully acquired two property agencies in the Scottish capital in recent months. By takeover established firms Traquair Lettings and Crombie & Co, Murray and Currie has been able to increase its portfolio of managed rental properties by 26%, bringing the total to more than 1,000..

Much of this increased interest is thought to be due to a range of prestigious projects, which have helped to secure Edinburgh’s place on the global map, attracting investors and bringing people to the city for work.

The conclusion of these various figures is clear: there has never been a better time to take advantage of Edinburgh’s illustrious property market and invest in a home. Whether you’re hoping to invest, buy-to-let or simply looking for your dream home, start planning today so you can take advantage of all that Edinburgh has to offer.

Come and discover the excitement of Edinburgh for yourself by exploring Craighouse: the stunning collection of properties from Qmile Developments. Located in tranquil Morningside, Craighouse offers a stunning home environment in Scotland’s heartland. Click here to see more.