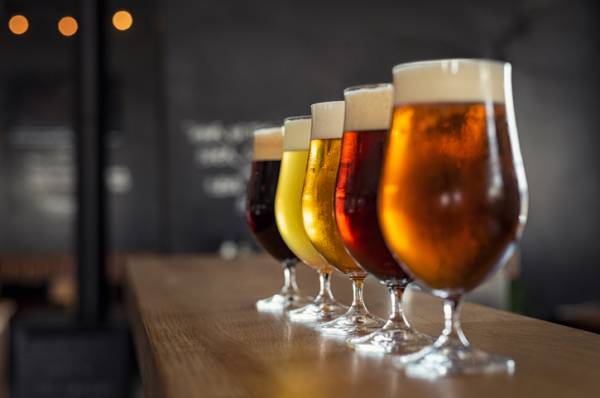 The Scottish capital continues to surprise and fascinate…

There are endless tales to tell and discoveries to be made in the Scottish capital. From the city’s real-life Game of Thrones style ‘Red Wedding’ to the famous ghost of Morningside and, of course, the fascinating history of Edinburgh Castle, there is always a new (and often bloody) story to uncover.

You can’t even stop for a pint in the city without finding yourself surrounded by incredible historical findings. Don’t believe us? Here are eight amazing stories behind some of Edinburgh’s most well-known pub names.

Thought to be the oldest pub in Edinburgh, The Sheep Heid Inn has been a presence in the city since the 14th century. There are two possible explanations for the pub’s unusual name. The first is that sheep’s heid broth was a popular speciality back when Holyrood Park was grazed by sheep. The second is that it’s named after the ram’s head snuff box gifted to the landlord in 1580 by King James VI himself.

Located between Holyrood and Edinburgh Castle, The World’s End is one of the city’s most famous pubs. It once marked the site where the capital’s walled boundaries ended. The roads beyond this point were tariffed, so for those who couldn’t leave the city this literally was the end of their world.

The Last Drop boasts one of Edinburgh’s grizzliest pub name origins, as this marked the place where convicted criminals would enjoy their last ever dram of whisky before they were executed at the Grassmarket gallows located across from the pub. There are even stories about the ghost of a little girl in medieval clothing who still haunts the building, whispering the names of those who work there when they’re alone.

The Deacon Brodie is another of the city’s most famous pubs, located on the Royal Mile. It is named after Deacon William Brodie — the real-life inspiration behind Robert Louis Stevenson’s Dr Jekyll and Mr Hyde. Brodie was a respected council member by day and a gambling, womanizing thief by night. He was eventually caught and hanged on the Tolbooth gallows which he himself had designed.

Sir Arthur Conan Doyle is one of the most famous writers in British history, having been responsible for the creation of the world’s most iconic detective Sherlock Holmes, so it’s only fitting that the area of his birth be marked by a pub in his name. A statue of Holmes is also located nearby.

The pub hit the headlines last year when it was renamed The JK Rowling as part of an installation. There was a confused outcry at the change, until people learned that it was only temporary.

With a name like The Banshee Labyrinth, you know this pub has to have a good story behind it. The building describes itself as “Scotland’s most haunted pub” and takes its name from one particular spooky incident which is said to have occurred during the pub’s renovation. A workman claimed to see a banshee, who first appeared as a sobbing woman until the man noticed she had no eyes. Then she let out a blood-curdling scream and the workman understandably fled.

The labyrinthine aspect of the pub’s name is also apt, as parts of the building link to the infamous underground vaults which lie beneath the city.

Looking for a home in the Scottish capital so you can see everything the city has to offer? Discover Craighouse today: the latest development from Qmile Group located in stunning Morningside. Experience true luxury a Craighouse by clicking here.