What’s on in Edinburgh: Theatre edition 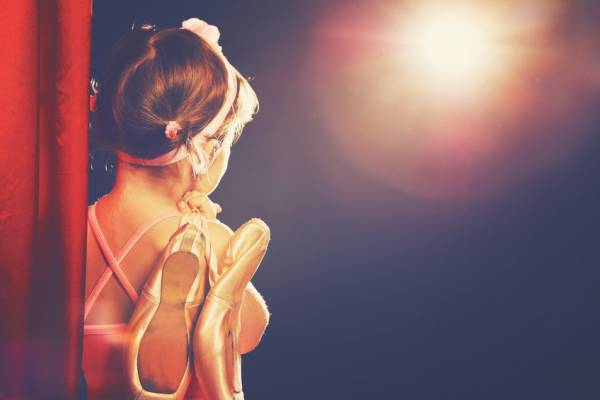 Cold September nights are made for evenings at the theatre. Here at Quartermile we have done the hard work for you and found some of the best stage shows for you to see this September. From smash hit musicals, science extravaganzas and side splitting comedy shows, there is something for all audiences.

For a sophisticated evening out there is nothing better than ballet. And for just three days this autumn, Edinburgh Playhouse will be graced with Swan Lake – a the classic tale of romance and tragedy.

The St Petersburgh Ballet continues on its worldwide tour, captivating audiences all over the globe. With the cast mostly comprised of graduates from the renowned Vaganova Ballet Academy in St Petersburg and Tchaikovsky’s timeless score played out by their live band, Swan Lake is sure to be a highlight of the year this September.

The Simon and Garfunkel Story - (06 Sep)

After a hugely successful run filled with standing ovations and sell-out performances on London’s West End, The Simon & Garfunkel Story comes to Edinburgh’s Playhouse in September. Why not help to celebrate the 50th Anniversary of music’s greatest duo with a medley of their greatest hits. Join the audience in singing along to tracks such as ‘Mrs Robinson’, ‘Cecilia’ and the hauntingly beautiful ‘Bridge over Troubled Water’.

This night of music and nostalgia includes a full live band, huge projection photos and throwback footage of the pair. The Simon & Garfunkel Story is not to be missed, whether you are a die-hard fan or simply a lover of pop music in general.

It’s hard to believe that it is now 10 years since Billy Elliot the Musical first hit the stage on the West End. And even more astonishingly, it is 16 years since Billy first captured our hearts on the big screen.

Following on from its incredible success in London, the stage show adaptation is now set to tour the UK and Ireland. Watch the inspiring tale of Billy as he discovers a passion for dance against the backdrop of the miner’s strike of the 1980s. With a fantastic score by none other than Elton John, this uplifting tale is packed with humour, sharp dialogue and the odd tear-jerking moment.

How about swapping song and dance for an evening of scientific entertainment? Try something a little bit more educational by enjoying a night with Professor Brian Cox OBE this September. Now considered to be the face of UK science and astonomy, Brian Cox’s tour of the UK has been so high in demand it has been extended into 2017.

On the 22nd of September Usher Hall welcomes the professor as he take the audience on a journey through space and time. Thanks to his uncanny knack for making the complex seem accessible, you don’t need a PhD to attend this exploration of science and the wonders of the Universe. The show also includes a more intimate section where Professor Cox is interviewed by co-host Robin Ince, whom many will know from The Infinite Monkey Cage podcast.

HURRY: Edinburgh tickets are nearly sold out, so book quickly to avoid disappointment on this one.

The end of September brings further cheer to Edinburgh City with the hilarious stand up of wonderfully weird Ross Noble. Get an insight into the random world of Ross Noble, a veteran comedian who has been in stand-up since the tender age of 15. Known and loved amongst his loyal fan base for his quick wit and imaginative flair, Ross’s Brain Dump is as irreverent, intelligent and off-the-wall as ever. Expect audience participation, plenty of wandering thoughts and sheer oddity at this show!

Love to be close to the action? Looking for a home in the city that keeps you in the thick of things? Maybe it’s time you considered taking a look at the apartments here at Quartermile. Find out more.