New residency is helping Edinburgh inspire a generation of writers 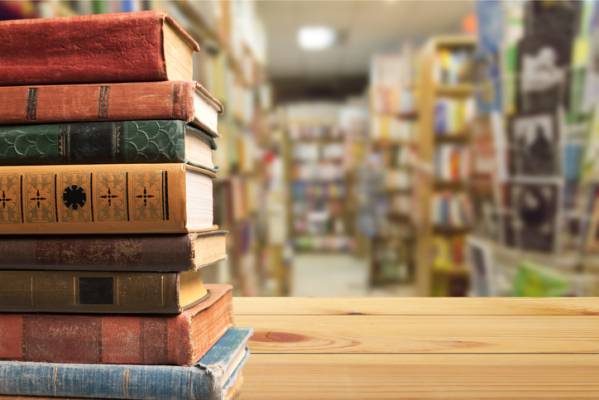 There is no shortage of inspiration in the Scottish capital, but a new international residency is set to make the city even more immersive for creative minds.

Edinburgh is soon to be home to many international writers, thanks to the launch of a high-profile annual programme: The Lord Provost’s International Residency. This is part of a project launched to celebrate the Scottish’s capital status as the world’s first UNESCO City of Literature, a title the city earned back in 2004.

The residency, which allows successful applicants to spend at least a month taking in all the city has to offer, aims to encourage the rising stars of the literary world to create new work. As part of this, they will be given the opportunity to work alongside some of the leading Edinburgh-based authors and arts organisations.

Artistic minds from every field are welcome through the venture, which offers writers the chance to develop their own creative practice in the city be it novel writing, short story writing, poetry, scriptwriting, screenwriting or even video-game design.

The first to benefit from the new initiative is Polish writer Ahsan Ridha Hasson, who has been selected for a month-long residency in the city throughout November to work on his new novel. The residency will help to forge new links between Hasson’s native Krakow and Edinburgh. Krakow itself has held UNESCO designation since 2013.

As part of the residency, Hasson will be staying in one of the luxurious literary-themed rooms at The Place Hotel in Edinburgh’s New Town. He will also have access to workspace at Edinburgh University, thanks to backing from the university’s Institute of Advanced Studies in the Humanities.

Director of the Institute of Advanced Studies in the Humanities, Professor Steve Yearley, expressed his own excitement in being able to play a part in such a positive initiative. Yearley commented: “We’re delighted to welcome Ahsan Ridha Hassan and the exciting, timely writing that his work represents.”

Since Edinburgh first received the title of the world’s first City of Literature fourteen years ago, the honour has been bestowed many other leading cities across the globe. A further 27 locations, including Barcelona, Dublin, Prague, Melbourne, Reykjavik and – of course – Krakow, now celebrate all things creative under the title of a City of Literature.

The Lord Provost Residency is being led by the Edinburgh UNESCO City of Edinburgh Trust, which works to promote local historical attractions, notable landmarks, cultural tours and events, including occasions related to authors such as Ian Rankin, Alexander McCall Smith, Muriel Spark, Robert Burns, Robert Louis Stevenson and J.K Rowling – all of whom have ties to the capital.

Expressing his own admiration for the UNESCO initiative, Edinburgh’s Lord Provost himself Frank Ross commented: “The work undertaken by Edinburgh and Krakow as UNESCO Cities of Literature has reinforced our partnership and allowed our creative communities to flourish and grow together. The opportunity for exchange with Krakow through writers, libraries and our local communities contributes greatly to Edinburgh’s international outlook.

“I want to congratulate Ahsan on securing this much sought-after residency and look forward to welcoming him to the world’s first UNESCO City of Literature.”

Director of the Edinburgh UNESCO City of Literature Trust, Ali Bowden, also commented on the upcoming initiative, saying: “The Lord Provost’s International Residency is a great opportunity to showcase Edinburgh as a city of literature, as well as welcome one of Krakow’s most exciting new talents into our incredible creative community.”

Be part of the magic of Edinburgh and get inspired by the stunning homes available at Craighouse – the latest collection of luxury properties from Quartermile Developments. Discover more about these ground-breaking homes by clicking here, or contact the team today on 0845 000 25 25.