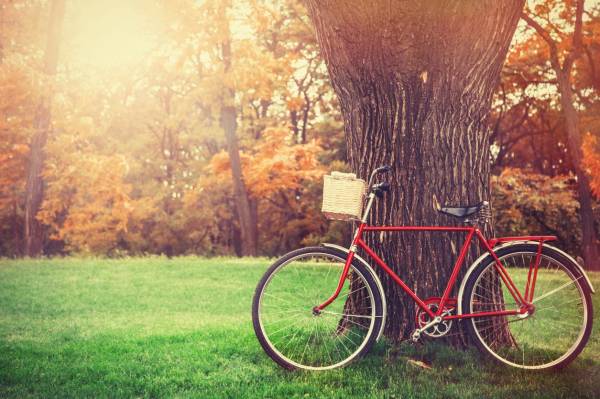 Bike parks have been popping up in cities all around the UK in recent years. Leeds, Manchester and Sheffield have all become home to these most inclusive of communal spaces, and now Edinburgh has joined the list of cities hopping on to the bandwagon – or should we say, hopping on to the saddle – with a new £200,000 facility.

Cyclists are gearing up to celebrate this little haven of the outdoors in Edinburgh’s bustling urban environment, and we don’t blame them!

Skelf Bike Park will help citizens and tourists alike boost their fitness by encouraging outdoor activity, showing that exercise can be a fun way to pass the time with both family and friends. It will give young people a place to meet and exercise in a safe environment.

The park has been five years in the making and represents the hard work, vision and efforts of more than one hundred volunteers, many of whom recently attended the grand unveiling. Designed to appeal to people of all ages, the Skelf will accommodate not just BMX and mountain bike specialists but also scooter riders, roller bladers and kids on balance bikes – virtually anything with wheels.

The Minister for Sport and Public Health Aileen Campbell was particularly passionate about the project, and had some glowing words to say about the park’s opening:

“Events such as the Olympics and Commonwealth Games have taken biking in its different forms to a whole new audience which is great as we look to get people involved in physical activity. We’ve provided funding for the Skelf Bike Park because that’s exactly what the project will do. I hope people across Edinburgh, regardless of their experience, will come to this park and get involved.”

Skelf committee member Craig Turner, 35, said, “It’s great to see so many on the track. One of the things about mountain biking is it’s very difficult in the city – this is giving kids something to do.”

The site certainly has proven popular already, and Turner says there’s even more work to do done on the area. “We plan to keep this neighbourhood spirit alive,” he said, unveiling plans to “build a community garden and growing project – to make it a woodland retreat for everyone.”

The committee’s ultimate plans for the bike park are even more ambitious. As well as the community garden, they also have plans to landscape the area and install houses for birds and bats in order to create a beautiful haven for nature right in the heart of the city.

The park has also already thrown up some additional surprises. Before the site was even completed, excavation work to prepare the track site had led to some incredible findings. The long-forgotten Hercules Stress was revealed in the process, as well as the site of Scotland’s first school for deaf children.

An inner city bike park is another reason to make Edinburgh the city you call home. So, why not do it in style?

With so much to see and do in the Scottish capital, you’ll want to be based right at the heart of the action. If a new apartment in this cosmopolitan city is what you are looking for, Quartermile is well worth a visit.

Book a tour today and discover what life is like in the city’s most exciting new district by calling 0800 000 2525 or email us at This email address is being protected from spambots. You need JavaScript enabled to view it. .