In a study examining the property markets of 20 UK cities, Edinburgh came out on top 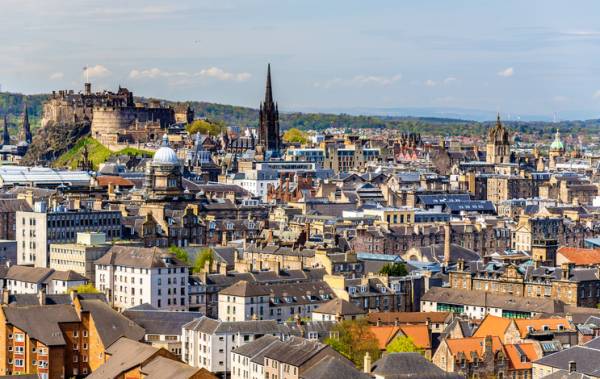 With exciting changes on the horizon, research reveals that now is the time to invest in the Scottish capital.

Many people now think of August as peak festival season in Edinburgh, but it might also be the best time to be thinking about property investment.

This is according to the property market analysts at Hometrack, who conducted research into the real estate markets of 20 leading cities in the UK. The results found that Edinburgh’s market is the most buoyant.

The average rise in property value across all 20 cities was 4.9%. Comparatively, Edinburgh saw a climb of 7.2% between April 2017 and this year, well above fellow British capital city, London, which witnessed a rise of just 0.8%. The average house price in Edinburgh in 2018 is £222,800.

This impressive climb in value is largely due to a continually growing demand for properties in the Scottish capital. There are currently more people looking to buy in Edinburgh than there are properties available, meaning new releases and developments are getting snapped up quickly.

With the Edinburgh property market in such a strong position, now is an excellent time to invest in real estate within the city.

Operations director of Warners Solicitors, David Marshall, explains that the imbalance between supply and demand is causing the value of property to keep rising and rising:

Part of this demand comes from the fact that there are so many desirable hubs in and around the Scottish capital that are attracting buyers. The most obvious among these is the New Town neighbourhood — a UNESCO World Heritage Site located near iconic locations like Edinburgh Castle. The New Town is home to many of the city’s most popular shops, bars, restaurants and pubs, and properties here tend to fit the description of elegant 17th and 18th century townhouses.

However, research has also shown a significant growth in popularity for homes located in some of Edinburgh’s attractive suburbs. Areas such as Leith, South Side, Stockbridge, Tollcross and Morningside are all proving increasingly popular with house hunters. Located south of Princes Street, Morningside is one of the most attractive and affluent areas in the city.

After being hit hard by the global recession a decade ago, Scotland has also suffered uncertainty with the 2016 Brexit vote and 2017 general election, but the capital has shown incredible resilience and is thriving in 2018.

Marshall states that many Edinburgh buyers already live in the city, or are Scots wishing to return home from England and more far flung locations. Over the past two or three years, an increasing number of foreign investors have been showing interest in the city, which Marshall says is not surprising:

“When there is an asset class that is appreciating, then knowledgeable investors will gravitate towards it.”

Changes in the city are also set to make it even more popular with homebuyers and investors alike. The 1970s St James shopping mall is being redeveloped in a £1 billion project, set to create 850,000 square feet of stores, restaurants, cinemas and a luxury hotel. Elsewhere, a former gas works and bus depot south of the New Town is being redeveloped with stores and offices.

With so much happening in the Scottish capital in the coming months and years, there is no better time to invest in property in the city.

Looking to invest in Edinburgh? Visit Craighouse: the stunning collection of luxury properties from Quartermile Developments, located in Morningside. Click here to discover more or get in touch today by calling 0845 000 25 25.