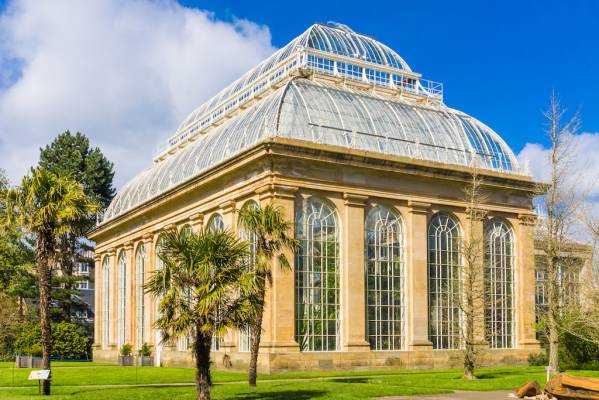 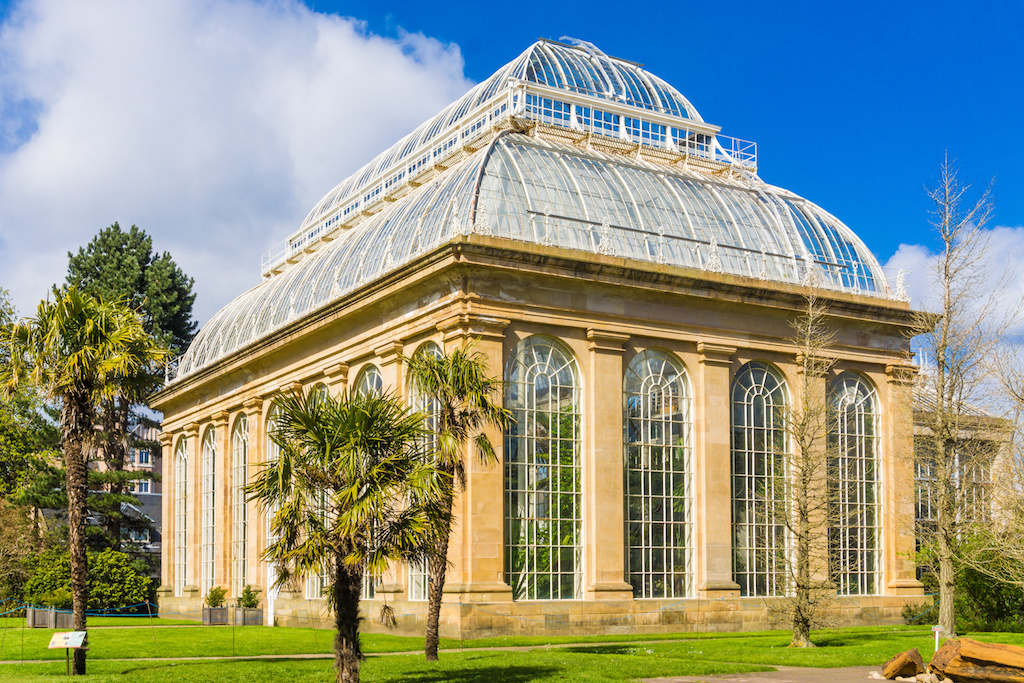 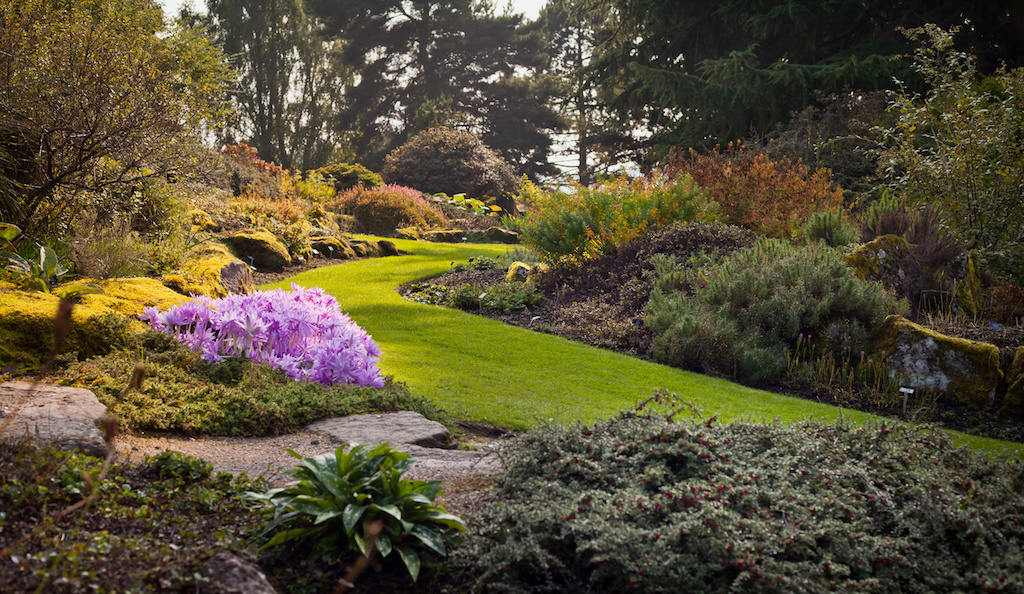 To celebrate, let’s take a look back at the incredible journey of this staple of the Scottish capital

Edinburgh is a city unlike any other. From the cobbled streets of the iconic Old Town to the picturesque views offered by the surrounding peaks, the Scottish capital has always stood out from the crowd.

This is partly due to iconic attractions like the Royal Mile, Holyrood Palace and, of course, Edinburgh Castle itself. But it’s also due to the vast amount of natural beauty on show within the city. As one of the greenest cities in the UK, Edinburgh offers plenty of respite from the fast-paced urban lifestyle with a wide array of natural hangouts and breath taking parklands.

And there is one spot that brings both of these elements together in perfect harmony. As an iconic structure that houses many of nature’s most startling creations, the Royal Botanic Gardens feels like a representation of everything that makes Edinburgh truly spectacular.

And this year, the beloved Royal Botanic Gardens turns an incredible 350 years old.

What began as a piece of land the size of a tennis court now occupies around 70 acres of the Scottish capital, acting as a leading research centre in plant conservation and science. To celebrate this milestone, we’re going to take a look back at the humble origins of this Edinburgh powerhouse, as well as looking forward to 21st century challenges and opportunities.

The garden first sprouted back in the late 1600s…

The story of the Royal Botanic Gardens began way back in1670, when two local Edinburgh doctors decided to set up a physic garden. Robert Sibbald and Andrew Balfour set out with the intention to explore the link between plants and medicine, in order to benefit the city and wider society.

This connection between nature and healing has remained part of the garden’s ethos to this day. Simon Milne, the current Regius Keeper at the Royal Botanic Gardens (i.e. the overseer of the garden who is appointed by the reigning monarch), explains how Sibbald’s and Balfour’s intentions have both endured and expanded over the centuries.

In an interview with the BBC, Milne says: “From the size of a tennis court we now have four gardens in Scotland and are working in 35 countries around the world, and our education programmes go out to 50 countries.”

Referencing the work of Sibbald and Balfour, Milne comments: “We’ve come a long way and we owe an awful lot to our founding fathers.”

Today, the herbarium at the Scottish capital’s gardens includes more than three million preserved specimens. These have been gathered from all over the world throughout the RBG’s three and a half century lifespan.

Across the Edinburgh site and the other gardens – located in Dawyck in the Borders, Logan near Stranraer and Benmore in Argyll — there are thousands of species growing. Researchers are regularly exploring the potential benefits these plants hold.

Of all the plants in the collection, the oldest living specimen is thought to be the Sabal Palm. This humble plant came to Edinburgh back in 1822, and is still thriving.

While the Royal Botanic Gardens in Edinburgh is one of the most popular spots for visits, from both locals and tourists alike, it is also a place where vital science is being conducted.

The keeper of the collections, David Knott, knows full well just how much work goes into keeping the plants within the RBG protected and potent. He explains the thought that needs to go into preserving the specimens within the RBG, saying: “We’re cultivating a wide range of plants from across the world and some of these are grown in the research glass houses and perhaps survive in their native habitats and nowhere else.”

Knott further comments that the Royal Botanic Gardens is also “cultivating a number of plants that are extinct in their native habitats” and this can require even more thought and care.

Many exciting events were planned this summer in order to celebrate the RBG’s 350th birthday, but unfortunately the majority of them had to be cancelled in response to the coronavirus pandemic.

However, a revised programme has been given the go ahead for this autumn, including a range of thought-provoking talks. An online global panel discussion has been organised to cover issues such as conservation, plant extinction and global biodiversity.

Science is a huge part of what the RBG stands for, but so is spectacle. Visitors come from far and wide to experience the beauty of the Royal Botanic Gardens for themselves. This year, as part of the 350th birthday celebrations, the Royal Botanic Gardens was set to make its first ever trip to the Chelsea Flower Show. Unfortunately, this also had to be cancelled because of the spread of COVID-19.

But hope is not lost. Susie Higgins, who is in charge of co-ordinating the anniversary events, says that there is another chance on the horizon for the RBG to exhibit in London.

Higgins explains: “The Royal Horticultural Society have invited us back next year. We’ll do with the same magnificent display we’d been planning.”

Explaining what will make the RBG stand out in London, Higgins says it’s all about inner as well as outer beauty:

“We’ll focus on our research and conservation work, looking at what we do to save the world’s plants, what we do in the world that makes a mark.”

With lockdown restrictions having eased slightly in recent weeks, visitors are now allowed back to visit the beloved gardens, but only in limited numbers. As has been the case for many establishments that rely on physical visitors, lockdown has been tough for the gardens and has resulted in a loss of revenue.

However, Simon Milne is already planning long into the future. Milne says: “We’re launching the Edinburgh Biomes project which will see the rebuild of a lot of our mission critical facilities.”

This includes the palm house, which “needs to be renovated and restored. There will be new sustainable buildings, new educational facilities that will take us through the next 25, 50, 100 years so we can remain at the forefront of plant science and conservation.”

And there will be plenty for visitors to enjoy too. Milne reveals: “We’ll be building a fantastic new glass house which will make an even better visitor attraction.”

It might be the Royal Botanic Gardens which is celebrating the milestone birthday this year, but it’s the visitors who are being invited to share their stories.

As part of its anniversary celebrations, the RBG is asking members of the public to reveal their memories of the gardens. Whether you visited as a child, brought your own children to the gardens, enjoyed a wedding or party there or simply love to escape the hubbub of the city among the flowers, the Royal Botanical Gardens wants to hear from you.

The Royal Botanic Gardens is just one of the countless highlights that visitors and residents alike love about Edinburgh. If you’re looking for your perfect property in the Scottish capital, discover Craighouse today. This beautiful development from Qmile Group brings history and modernity together in harmony.