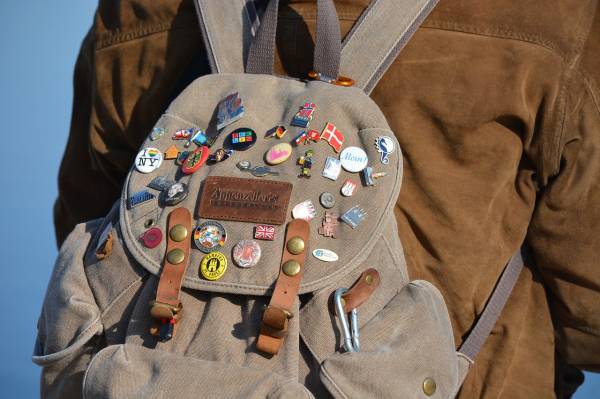 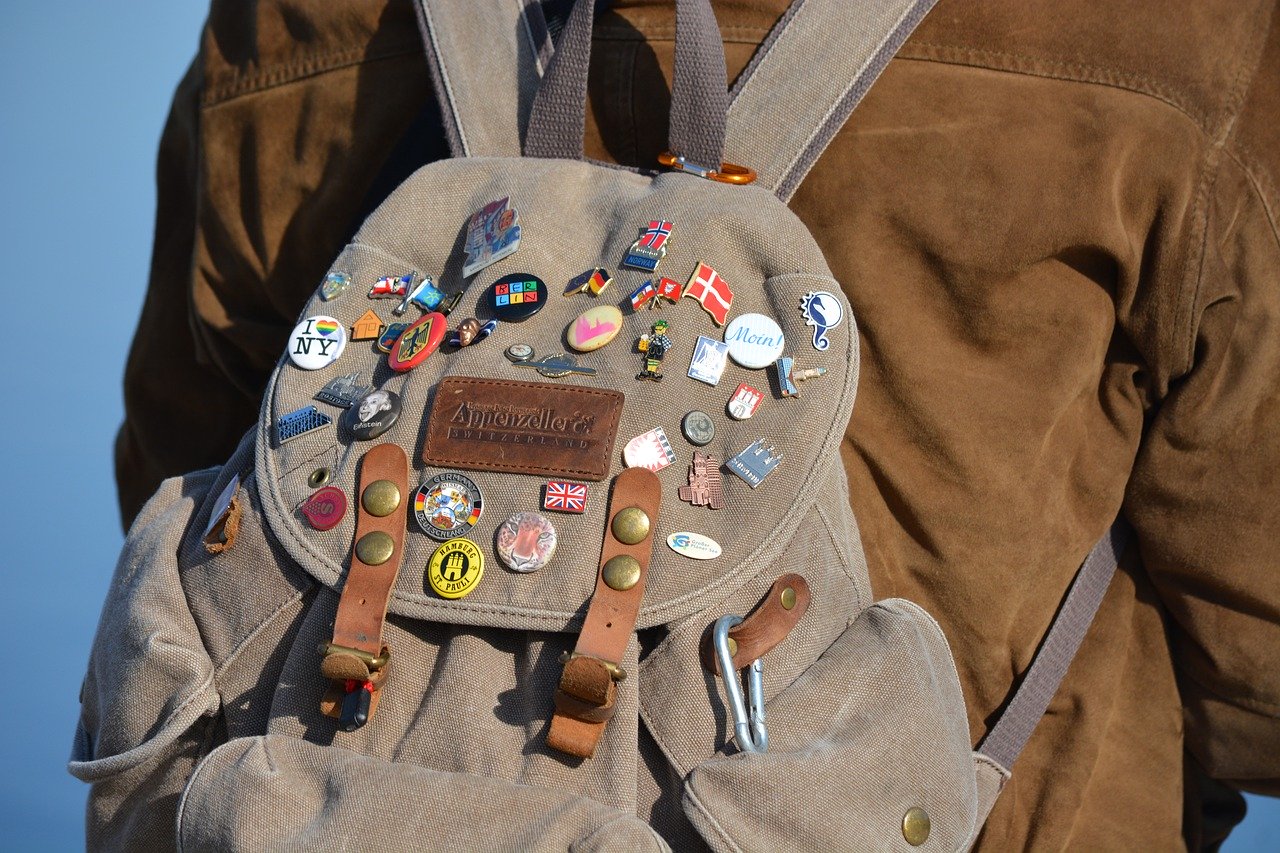 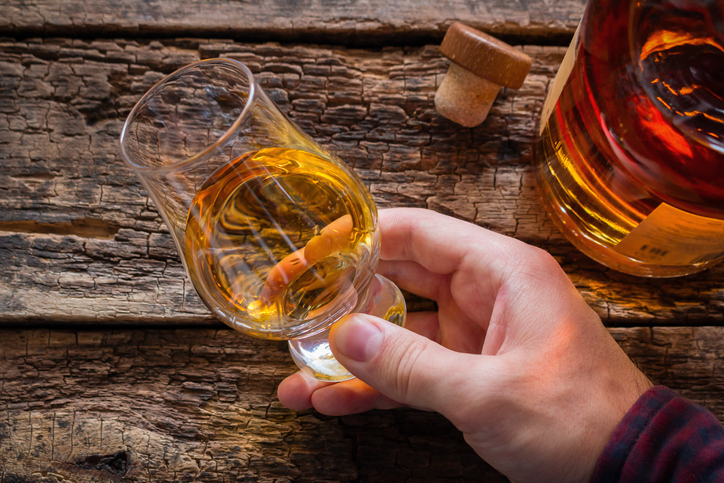 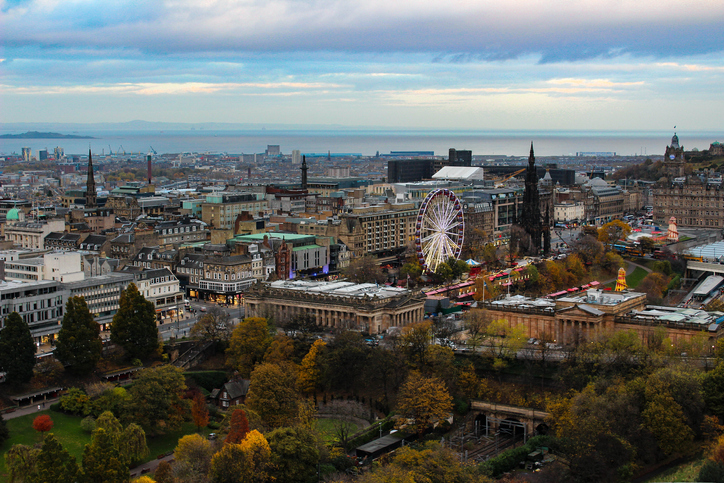 The Scottish capital is among the world’s most desirable locations, and more and more travellers are soaking up its sights.

Move over Montenegro, because Edinburgh has beaten out many of the world’s most exotic locations to be named one of the best locations in the world to visit as a solo traveller.

Other hotspots to be named on the list include Malaysia, Iceland, Mexico City, Oman and Ecuador.

In the international survey if travel experts and bloggers, American news website Huffington Post examined the data and created a list of the top 25 “awesome solo travel destinations” and positioned Edinburgh ahead of located like Alberta in Canada, Argentina, Thailand, Istanbul and the Grand Canyon in Arizona.

The list was compiled after solo travelling was identified as one of the key worldwide trends of 2020.

In the results, Edinburgh was celebrated for its “ghosts and grand tales, magical Harry Potter moments, stunning Scottish architecture and a multitude of exhilarating festivals.”

Huffington Post’s results included areas from all over the world, such as Vancouver, South Korea, Malta, Taipei, Australia and Georgia.

What makes Edinburgh so good for solo travellers?

As well as being a hub for culture, history and exciting events, Edinburgh has a huge amount to offer solo travellers, ticking many of the most important boxes.

When travelling by yourself, there are even more factors to consider than a trip with family and friends. From safety and security to directions and research, there’s a lot to consider, especially for minority groups and more vulnerable individuals.

This is something that has been factored into the results accumulated by The Huffington Post, which is part of the reason why Edinburgh has ranked so highly. Tourism agency VisitScotland has highlighted the benefits of Edinburgh and wider Scotland for solo travellers, saying that Edinburgh is “very safe, for women and LGBT+ solo travellers alike, with street harassment and theft rare, as is the potential for picking up diseases or infections.”

The tourism giants go on to say: “Looking for unique and memorable solo travel ideas? Scotland could be just what you’re looking for!

“In the myth inspiring land of Scotland (location of many a famous movie for good reason!), you’re guaranteed an ideal solo getaway for any budget or preference.”

More and more people are choosing to explore exciting destinations alone, and when you get to grips with the benefits involved it isn’t hard to understand why. Travelling solo gives you the opportunity to take in locations at your own pace, following an itinerary that is wholly suited to your preferences and interests.

VisitScotland describes travelling alone as a “chance to discover and connect with yourself more deeply.”

Likewise, Huffington Post describes solo travel as “one of the most powerful ways to explore a new place”, offering their list of destinations as global example which “will surely inspire your wanderlust.”

It continues: “From the freedom and flexibility to the stress relief and boost in self-reliance, there are endless benefits to solo travel. And there are many exciting places to make it happen.”

As a solo traveller in Edinburgh, individuals can enjoy being warmly welcomed by friendly locals, inviting pubs, iconic sites and unforgettable experiences. With Edinburgh, you’re in safe hands.

Reactions: what does this mean for Edinburgh?

It should come as no surprise that Edinburgh has been recognised for its popularity among locals and visitors alike, and this is a view shared by many of the city’s main tourism bodies.

A spokesperson for VisitScotland shared their reaction to Huffington Post’s list, saying: “It’s not wonder Edinburgh has been ‘singled out’ as an awesome solo travel destination due to our famous warm Scottish welcome coupled with its vibrant culture, heritage and culinary scene.

“Making this list reflects the diverse range of travellers who see the capital as a must-visit destination.”

Similarly, the Edinburgh Tourism Action Group, which stands as the umbrella body for the tourism industry in the city, also expressed their excitement, saying “Edinburgh is an iconic city that is renowned for its unique built heritage and culture.

“It is wonderful to be recognised, alongside so many other wonderful places, as a top solo travel destination where visitors can feel safe while enjoying all the city has to offer.”

Likewise, the city council said: “Compact to explore on foot, boasting a year-round calendar of festivals — we know Edinburgh is an ideal place to live and likewise visit. We’re pleased that the warm welcome from residents, the city’s cultural calendar and breath-taking beauty have been recognised by solo travellers and rightly so.”

Why is Edinburgh so special?

In their guide to solo travelling in Scotland, VisitScotland recommends Edinburgh Castle and Arthur’s Seat as must-see spots for visitors. They also highlight the city’s impressive selection of “insta-worthy independent book shops, coffee shops and cafes, where you can enjoy the relaxed hipster culture while reading some Scottish literature.”

There are endless wonders to discover in the Scottish capital, and the city itself is widely considered to be one of the world’s most popular destinations. In fact, Edinburgh continues to draw in more overseas visitors per year than any other UK city outside of London, and in 2016 the number of visitors reached 4.26 million.

Edinburgh holds two UNESCO designations for its unique medieval Old Town and its pristine Georgian New Town. Iconic structures and sites litter the city, from the iconic Edinburgh Castle that sits atop an extinct volcano, to the stunning St. Giles’ Cathedral along the rickety cobblestones of the Royal Mile.

Elsewhere in the city, you’ll find the wold’s largest monument to a writer — the 200 feet tall Scott Monument built in honour of Scottish writer Sir Walter Scott. You can also spy the Scottish Crown Jewels, sample some luxury whiskies at the Scotch Whisky Experience, have your world made topsy-turvy at Camera Obscura and World of Illusions, and get the royal treatment with a visit to Holyrood Palace.

For a spookier experience, hotspots like The Edinburgh Dungeon and Mary King’s Close give an insight into the city’s darker historical secrets.

When it comes to entertainment, Edinburgh is second-to-none. Edinburgh Zoo attracts more than 800,000 visitors a year, delivering everything from slinky beasts to furry friends — the pandas and penguins are particularly popular. Meanwhile, summertime visitors can enjoy an unrivalled festival season that includes the iconic Fringe.

And for fans of history and culture, there is no better place than the Scottish capital. Institutions like the National Museum of Scotland, The Scottish National Gallery and the Scottish National Portrait Gallery offer a breath-taking insight into the world of Scottish art. What’s more, natural beauty is not in short supply either. Edinburgh was named the greenest city in the UK last year thanks to its plethora of gardens and parks, including the stunning Royal Botanical Garden.

Taking a trip to Edinburgh is all well and good, but nothing beats being able to call the Scottish capital your home. If you’re house-hunting in Edinburgh, be sure to explore the beautiful properties available at Craighouse: the latest development from Qmile Group located just a stone’s throw from the city centre.