Edinburgh is the best city to launch a start-up business 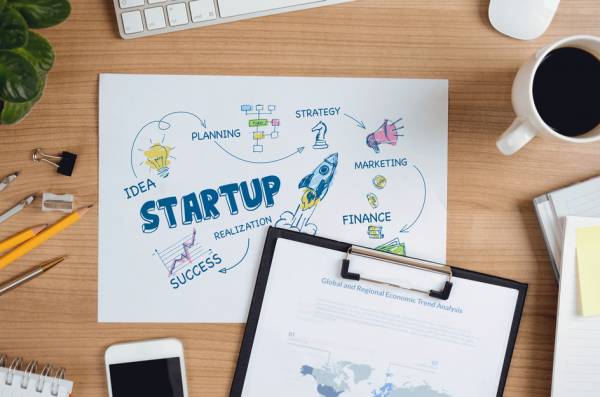 If you are looking to start your own business, then Edinburgh might be the best place for you

Edinburgh has always been a great city for pleasure – with a host of historical sites, shops, bars, cafés, galleries, museums, restaurants and nightclubs – but now it seems that Scotland’s capital is also the best place in the UK for business too.

More and more people are opting to start their own business. Whether it’s young people wanting to enter the world of work on their own terms or retirees with experience and a dream, it seems a record number of people are choosing to start their own business rather than joining someone else’s. In fact, in 2016 it was reported by StartUp Britain that there were a record 80 new companies being launched every hour in the UK.

And the results of a survey have found that Edinburgh is the best city in the United Kingdom to launch a start-up business, even beating out Bristol, Glasgow and – yes – London.

The results of the survey make up a list compiled by Expert Market, who specialise in business services, ranking the top 20 cities in the UK for starting your own tech business. Apparently, just some of the main reasons that Edinburgh scored so highly with the judges was due to its “speedy internet connections, reasonable office rent and host of university graduates to employ.”

Glasgow also scored well on the survey, being the second-highest scoring Scottish city and 10th overall. This suggests that there is huge potential in Scotland for start-up tech businesses.

What the survey found

The survey analysed, among other things, local authorities, which found that both Bristol and Edinburgh possessed a more affluent and promising start-up culture than London. England’s capital ranked third on the list, being marked down despite its high number of tech firms due to the ever-soaring costs of living.

Liverpool and Brighton rounded out the top 5, giving Edinburgh the clear edge when it comes to starting your own business.

In order to gain an accurate picture of enterprise across the UK’s top cities, researchers for the survey were required to gather data from the last twelve months, using a variety of official sources. This research focused on ten different data points, including transport links to other UK cities, business survival rates, commercial rent prices and the number of graduates the city produced.

The head of research at Expert Market, Adelle Kehoe, shared her enthusiasm for the survey’s results. She said that it displays how “entrepreneurship is reaching all corners of our community.”

Kehoe went on to say: “It is great to see places like Edinburgh being championed as business hubs and this hopefully gives budding business owners a few more options for where to base their start-up.”

“As costs in London continue to soar, naturally we will see other cities come to the fore and with fast internet, good office spaces, connections to the city and access to talented staff it’s clear to see why Edinburgh has been the city of choice for thousands of start-up businesses in the last year.”

This isn’t the first time Edinburgh has been recognised as a great place for tech start-ups. Last year, European Business Magazine named Scotland’s capital the best city in Europe to locate a tech business, which city chiefs described as “not surprising.”

Edinburgh’s tech sector only continues to rise from strength to strength thanks in part to the success of homegrown companies like FanDuel and Skyscanner, among many others.

Could Edinburgh be the place to bring your business dreams to life?

Whether you consider yourself to be the next great entrepreneur or you simply want to be part of a dynamic, fresh and fast-growing business scene, Quartermile could be the perfect destination for your relocation plans.