8 of the best views Edinburgh has to offer 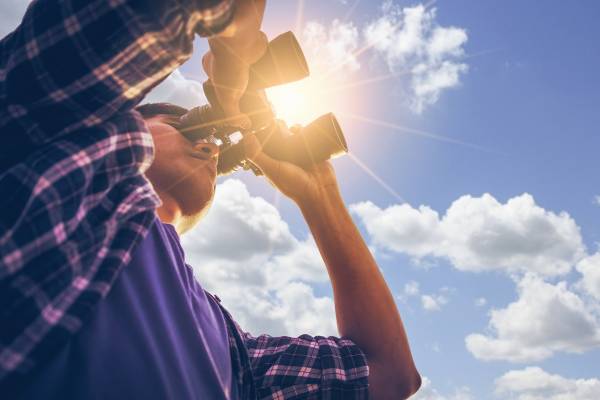 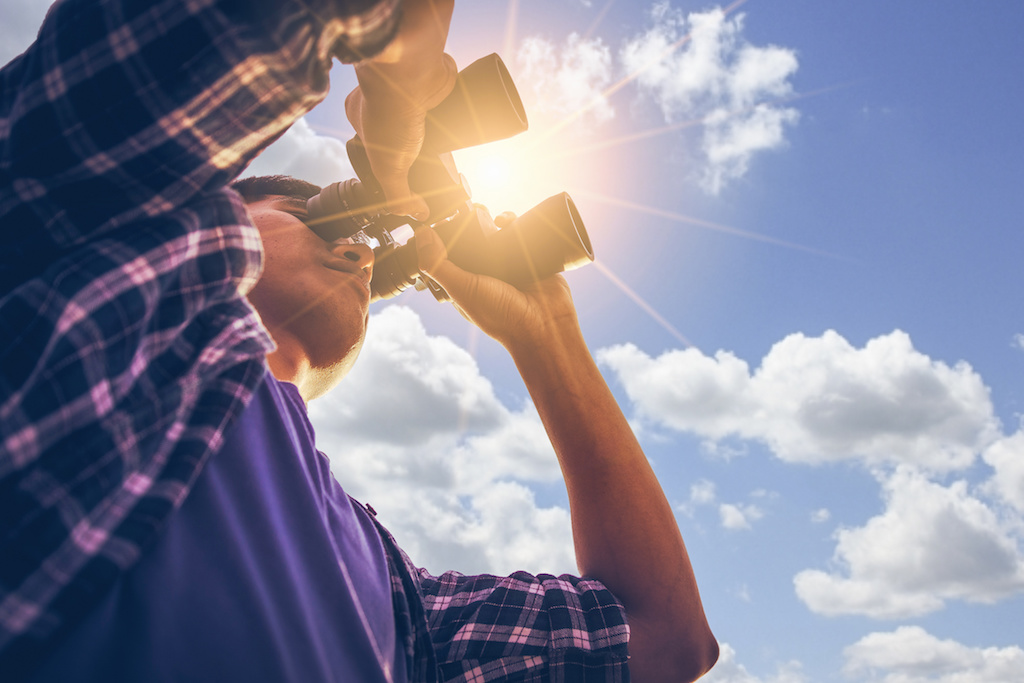 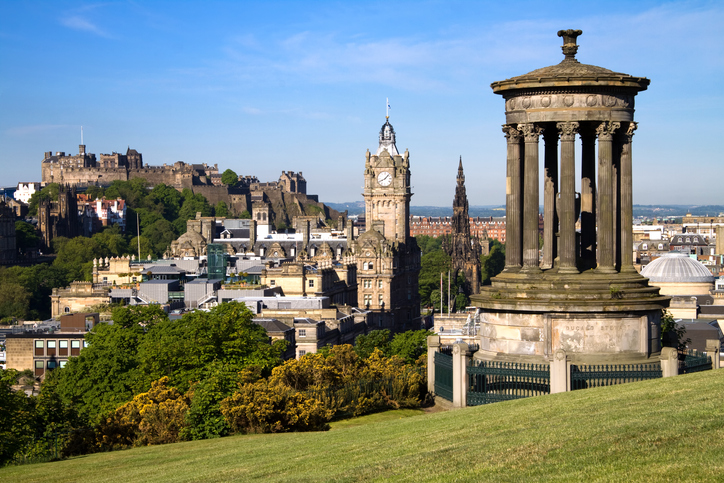 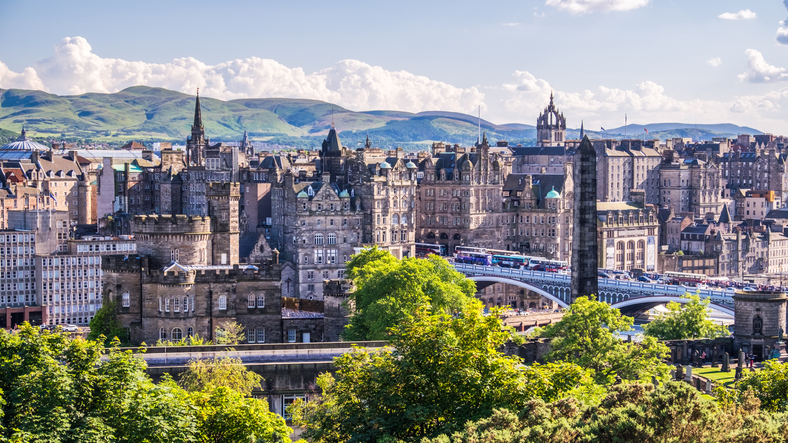 Chances are, you’ve been feeling more than a little stir-crazy for the past few months. COVID-19 has forced us all to put safety first and stay in our homes, foregoing our favourites shops, pubs, restaurants, bars and cinemas in order to ensure that the spread of the virus is kept to a minimum.

But even without your usual haunts, Edinburgh still has a huge amount to offer. As a city that’s steeped in history and culture at every turn, the Scottish capital wears its stories on its sleeve, with amazing buildings, passages and monuments each with their own fascinating mystery to unravel.

And one of the things that makes Edinburgh truly special is the view – or, should we say, views. As one of the greenest cities in Scotland and the wider UK, Edinburgh manages to offer all the convenience of city living whilst boasting breath-taking views to rival the most rural of Highland peaks.

So if you’re lucky enough to be filling your days with walks around the Scottish capital, we’ve put together this handy guide of just some of the views you can’t afford to miss. From the peak of Arthur’s Seat to the peaceful coast of Leith, here are 8 of the very best views Edinburgh has to offer.

Arthur’s Seat is probably the most well-known and most popular of the Scottish capital’s epic views, and it really isn’t hard to see why. The seat itself is actually a huge hunk of extinct volcano, making up a dramatic section of the city’s iconic silhouette, but don’t let this put you off, as the volcano itself has remained dormant for the last 365 million years or so. Today, Arthur’s Seat is an extremely popular tourist attraction for outdoor activities and recreation, particularly during the summer.

And a big part of this is the panoramic view it offers. Standing at the peak of the seat, you can see Edinburgh Castle, Holyrood Park, the Palace, Princes Street Gardens and even over to the coast of Firth and over to Fife. This is the perfect way to see everything this glorious city has to offer from one elevated spot.

Just along from Arthur’s Seat lies its next-door neighbour and volcanic counterpart: Calton Hill. And atop Calton Hill you’ll find the iconic Nelson Monument. This was erected back in the early 19th century to mark the life of Admiral Lord Nelson, arguably the UK’s most famous ever naval commander, thanks to his victory in the Battle of Trafalgar.

Like Arthur’s Seat, the monument boasts an all-encompassing panoramic spectacle of the Scottish capital, making it the perfect spot to catch a Scottish sunset or (if you’re an early bird) sunrise. Plus, the view down the full length of Princes Street is truly special, featuring the iconic Balmoral Hotel clock.

As one of Seven Summits that crown Edinburgh, Blackford Hill is yet another fantastic outdoor location that provides a breath-taking perspective of the capital’s unique skyline and landscape.

But what makes Blackford Hill truly special is the fact that it is home to the Royal Observatory, which was moved from Calton Hill at the end of the 20th century to offer a clearer image of the night sky, away from the city centre’s light pollution.

Blackford Hill can be reached via the equally enchanting Hermitage of Braid, and offers fantastic views of both Arthur’s Seat and Calton Hill as well as the city itself, and the Pentlands and Braid Hills to boot. Stick around for the sunset and watch the night sky come to life above your head.

Moving away from the hills now, the city centre itself also offers a range of beautiful sights to discover — nowhere more so than Scott Monument.

As a permanent tribute to one of the country’s most celebrated wordsmiths, Sir Walter Scott, the Scott Monument sits right in the heart of Edinburgh city centre, and stands at just over 200 feet tall. And visitors can climb the statue to take in a thoroughly unique view of the city.

Ascending the spiral stairs allows you to take in a spectral view over Princes Street, including some of the city’s surrounding hills and the rooftops of residents stretching for miles. You can even enjoy a birds-eye view of Jenners – one of the world’s first department stores.

Edinburgh is such a beautiful city that even the humblest of streets can take your breath away. This is certainly the case when it comes to the Vennel: a leafy laneway leading from Heriot Place down to the Grassmarket.

As well as steep stairs, pretty streetlamps and plenty of foliage, meandering down the Vennel will also treat you to one of the only remnants of the 1560 Flodden Wall and Flooded Tower. Following defeat by the English in the Battle of Flodden in 1513, a wall was built around Edinburgh to protect its residents from invaders.

The Peak of the Royal Mile

The Royal Mile is, alongside Princes Street, the most famous shopping street in Edinburgh. Usually, visitors are too busy stepping in and out of all shops to give the street itself a second thought, but now is the perfect time to take stock of this unique Edinburgh staple.

Standing at the head of the Royal Mile, by the castle, gives you a great view of the street as it slopes downwards and winds towards Holyrood Palace at the other end. Featuring incredible works of architecture like St Giles Cathedral, the Royal Mile really is a shopping street like no other.

The Shore at Leith

If you care to travel a little outside of Edinburgh, you’ll discover the wonders of Leith: the capital’s neighbouring port and one of the objectively coolest hubs in Scotland. Like the city itself, Leith wears its history proudly, and it isn’t hard to imagine centuries of traders and merchants walking the cobbled streets in search of a good deal.

The shore of Leith is peppered with incredible trinkets and hidden gems, as well as showstoppers like the old Swing Bridge and lighthouse. Take in the view of the boats docked in the Water of Leith against the backdrop of colourful buildings, and enjoy the almost Scandinavian beauty it provides.

By journeying down the Water of Leith, you’ll come across a little spot that feels a world away from all the hustle and bustle of the city centre, despite actually just being off the end of Princes Street. Dean Village is one of the cutest corners of Edinburgh, with a storybook aesthetic that makes it feel straight out of a fairy tale.

From the 18th century St Bernard’s Well to the Stockbridge Market, it feels like nothing much has changed in Dean Village for the last 200 years, giving you the sensation of stepping back in time.

Are you on the hunt for your perfect Edinburgh property? Look no further than Craighouse – the stunning development from Qmile Group located in tranquil Morningside. Click here to see Craighouse for yourself, or get in touch with the team today by calling 0131 478 05 31.