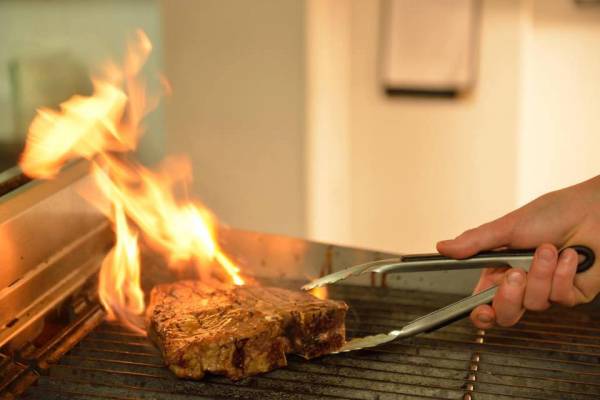 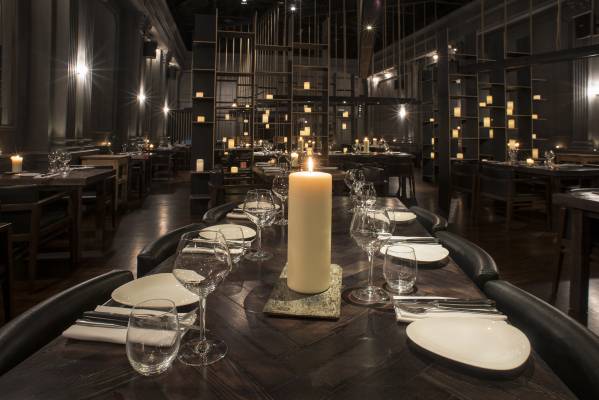 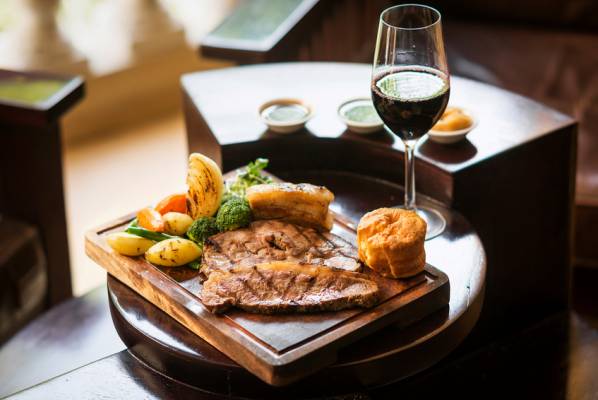 Kyloe restaurant in the West End of Edinburgh is celebrating after it was recently found to serve the best roast dinner in Scotland.

As part of the recent Best British Roast Dinner competition held across the British Isles, Edinburgh gourmet steak restaurant Kyloe was announced as the regional winner for Scotland. The awards were judged by a panel of renowned food critics, including Charles Campion, and eventual finalists from around the UK included The Granville in Canterbury, The Narrow Boat in Northampton, Manchester’s Blue Pig and Bunch of Grapes in Pontypridd.

Kyloe was commended by the judging panel for its locally sourced ingredients and depth of flavour, winning £2,500 of PR support to help promote its menu in the future.

The restaurant, which can be found on the first floor of the Rutland Hotel, specializes in serving Scottish cattle lovingly aged for a minimum of 28 days. Sunday roasts are joined on the menu by a whole range of steak cuts and even a delicious beef wellington.

If that weren’t enough, dishes come with a range of enhancements in the form of marinades, sauces and rubs that elevate flavours beyond the traditional condiment options.

Of course, Kyloe isn’t the only meat-lover’s paradise in Edinburgh. The capital boasts an array of grills, steakhouses and traditional British eating establishments, all serving up mouthwatering dishes for residents and tourists alike.

Steak at the Omni Centre

Located on Picardy Place opposite the Omni Centre and Playhouse Theatre, Steak promises the ultimate dining experience for those who have carnivorous tendencies.

First opened in 2012, this beautifully designed restaurant has a rustic feel to it that sits nicely with the slabs of meat that come served on wooden platters. Choose between rumps, sirloins, fillets, rib-eyes, chateaubriands and more from an a la carte that sounds more like a butcher’s shop inventory than a menu. There is finesse here, too, thanks to a softer approach to mood lighting and scattering of candles – making it as appropriate for a date night as an evening out with friends.

Perched in the swanky Nira Caledonia in the New Town area of the city, Blackwood’s has been grilling meats with excellence since 2013. Steak isn’t compulsory here and the menu stretches beyond bovine delicacies to venison, chicken, lamb, pheasant, fish and vegetarian options. But then again the steaks – both cow and water buffalo – are divine.

Often described as a hidden gem, Wildfire is a quaint little steak and seafood bistro on Rose Street. Beef comes into the restaurant from the Scottish borders and is offered in a number of cuts. There’s also a delightful surf and turf option for those who can’t choose between meals. Wildfire is also one of the more affordable steakhouses in the capital, making the bill more palatable than many of its more ostentatious competitors.

Just a stone’s throw from Quartermile’s serviced apartments, Buffalo has made its new home on Chapel Street. Another restaurant that’s friendly to the frugally minded, Buffalo offers exceptional 21-day hung cuts of Scottish beef in a host of lip-smacking marinade and sauces – blue cheese and peppercorn are joined by the likes of Marsala and teriyaki options.

If you are paying a visit with a friend or loved one who isn’t quite as carnivorous as you, there are also salads and vegetarian options aplenty.

Would you love to be within easy reach of some of Edinburgh’s best steakhouses, grills and Sunday roast restaurants? Book a viewing here at Quartermile this month and you could be making the move within a matter of weeks.