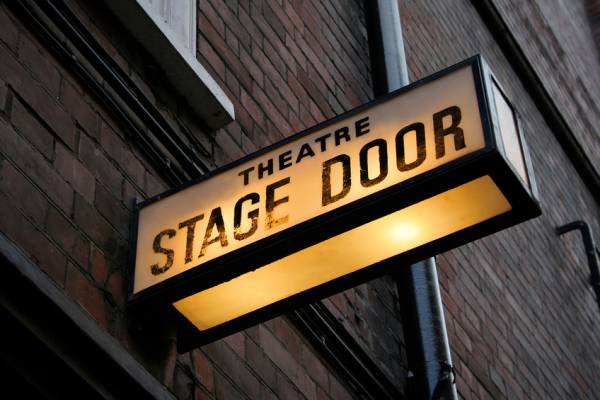 If you’re feeling festive in the run up to Christmas, why not take the 10 minute stroll from Quartermile to Edinburgh’s King’s Theatre for a little bit of Dickens.

“It was the best of times, it was the worst of times . . .” are the famous opening words of Charles Dickens’ A Tale of Two Cities. For a lot of people, the period following Halloween but before Christmas can also be described in this way. Many of us are beginning to get excited about the winter holidays, while others are bemoaning the cold, long nights, crowds of shoppers and incessant adverts pushing the latest gift ideas.

Fortunately, Edinburgh’s King’s Theatre presents the perfect antidote to high-street stress. Add a little culture to your autumn evening with Dickens’ famous story for comfort and make it a night to remember.

That’s the history lesson over.

Against this backdrop of socio-political turmoil, Dickens draws some stark parallels between the struggle in Paris and life in London at the same time. Described as a tale of love and sacrifice in a time of political protest, the story Dickens tells in this novel is incredibly gripping.

Split into three sections, it begins with Jarvis Lorry on his way to Paris, from England, to reunite the Frenchman Dr Manette with his daughter Lucie, whom Manette thought had already died. Soon after, Lucie marries a man named Charles Darnay, who eventually confesses to being a member of the French ruling class looking to escape his past and build a new, quiet life in England. However, Darnay ends up returning to Paris to save a former servant who is endangered during the struggle of the growing French Revolution.

About The King’s Theatre

Having recently undergone a major renovation, the King’s Theatre is a fantastic venue for an evening of cultural enrichment this November. From the impressive foyer with its Art Nouveau influences to the Baroque auditorium, which now offers increased legroom, this is a must for both seasoned theatre goers and those who don’t normally know their Shakespeare from their Swan Lake.

Performances run every evening at 7:30pm from Tuesday 8th November to Saturday 12th November, with two additional matinee performances on the Wednesday and the Saturday at 2:30pm.

The story has been adapted for the stage by Mike Poulton, known for his previous translations and adaptations of work by Chekhov, as well as his Tony-nominated adaptations of Wolf Hall and Bring up the Bodies. This production also benefits from original music from Oscar-winning composer Rachel Portman, which is sure to make the play a rousing experience.

Ticket prices begin at around £20, with discounts and concessions available. Some performances are also interpreted for British Sign Language users, as well as captioned and audio described, so book your tickets now to avoid disappointment.

The King’s Theatre is just a 10-minute walk from Quartermile – making our serviced luxury apartments the perfect place to live for those who love nothing more than seeing the finest performing talent treading the boards. Book your appointment to view today on 0845 000 2525.