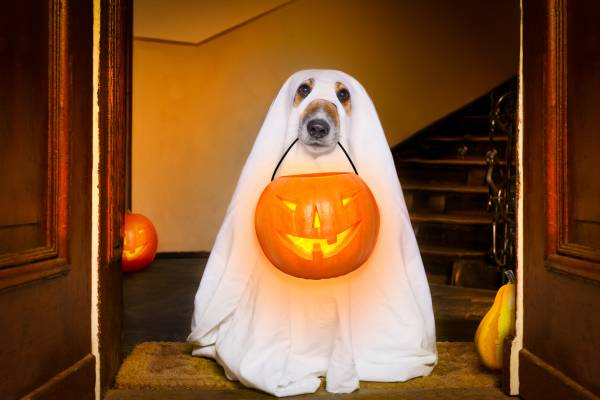 When October hits, you know it’s the perfect time of year to embrace all things spooky. Halloween is just around the corner and there’s no better place to get into the spirit of things than Edinburgh.

Scotland’s capital city is renowned for its fascinating history full of strange and unbelievable tales, some of which are downright frightening. Thanks largely to the Old Town, history really comes alive in Edinburgh — making it truly the best place for Halloween.

Many people have heard famous tales from Edinburgh’s past, like infamous graverobbers Burke and Hare, or the battles that took place at Edinburgh Castle. But dig a little deeper and there are some less well-known stories that can be excavated from the city’s rich folklore.

If you want a new story to set your spine tingling this Halloween, why not start with this alternative list of terrifying tales from the Scottish capital. These will certainly help to get you in the spooky spirit.

Thanks largely to the suspicions of King James, Scotland was one of the biggest persecutors of witches in Europe. He believed that he and his soon-to-be wife Anne of Denmark were cursed by witches when their ship was caught in stormy seas. Rumours suggested that the storms had been cast by a coven of witches who gathered in North Berwick.

In the midst of the fear and suspicion gripping the area, a local businessman reported his family maid Geillis Duncan, who was jailed and tortured until she confessed to witchcraft and accused many others, including an elderly lady named Agnes Sampson. She too was tortured in a number of horrible ways to the point of confession. We’ll save you the gory details!

Indeed, a large number of women were tortured into confessing to witchcraft over the course of the seventeenth century, and stories of King James’s storm became more outlandish as time went on. In one particular tale it was suggested that an oath to kill the king was sealed by members of the coven kissing the Devil’s buttocks. Other stories claimed that the witches had thrown a cat out into the sea to prevent the ship’s safe passage, or that the venom from a poisonous toad had been mixed with urine and a foal in an oyster shell to further cement the monarch’s demise.

Of course, no witch worth their salt would let execution stop them. Legend has it that the naked ghost of Agnes – or Bald Agnes, as she is known – is now said to roam Holyrood Palace.

Initially built in the 1680s, Queensbury House was home to the first Duke of Queensbury, William Douglas. Douglas was a well respected gent in the area, but there were whispers about his son being locked up in the house for the safety of himself and others, as he was considered dangerous.

One story goes that while the rest of the family were out celebrating the signing of the Act of Union, only Douglas’s son James and the kitchen hand remained in the house. The hand dozed off in front of the kitchen fire, and awoke to the sound of footsteps. When he looked up, he saw James standing in the doorway of the kitchen, having broken out of his room.

When the family returned home the next day, James had murdered the boy by roasting him alive on a spit before eating him. Rumours suggest that the screams of the kitchen hand still echo through the house.

Since this gruesome incident, Queensberry House has been used as a public hospital, army barracks, a house of refuge and a geriatric hospital, but the story of James Douglas has not been forgotten. It was even featured in one of famed crime author Ian Rankin’s novels set in Edinburgh.

During the seventeenth century, Thomas Weir lived as an affluent and well-respected member of the Edinburgh community. He was a high ranking member of the army and was vocal in his dedication to the Presbyterian Church, even holding prayer sessions.

It therefore came as a great shock to many when, after struggling with illness in 1670, Weir confessed to a very different life he had been living behind the scenes.

Weir confessed to a series of horrific acts, including bestiality, witchcraft and incest. His sister even claimed that she had once seen her brother riding in a phantom coach driven by a demonic driver because his link to Satan was so strong. She also claimed that his dark powers came from the cane he carried with him wherever he went, and later witnesses would claim that the cane had been known to dance in front of him of its own accord as he walked down the street.

The authorities were so shocked by Weir’s claims that they initially refused to believe him, but eventually it became too much to ignore and he was sentenced to death after a short trial.

Weir’s house in West Bow lay empty for many years. Towards the end of the eighteenth century, it was purchased by an elderly couple who fled the residence after only one night, claiming to have seen demonic apparitions. Nowadays the home has been knocked into and joined with the Quaker meeting house, where people have claimed to have seen Weir walking through the walls in search of his old home.

The Ghosts of Greyfriar’s Kirkyard

Greyfriars Kirkyard is quite possibly the most haunted spot in all of Edinburgh, and that’s no easy title to claim.

The first burial occurred on the site in the 16th Century, and since then a number of notable people have been laid to rest there, including Allan Ramsay, Sir James Stirling and Sir Harry Munro and, of course, Greyfriar’s Bobby’s. To this day there are reports of Bobby’s bark echoing amongst the graves, and others claim to have seen the dog still guarding his owner’s plot.

But this post is about less well-known stories, so let’s head to a different corner of the Kirkyard where George McKenzie lies buried. McKenzie was a barrister who was responsible for the deaths of thousands of covenanters during his lifetime. His large black mausoleum is the sight of much poltergeist activity, which some claim to have been shoved, pushed and even knocked down by McKenzie’s ghost.

One story tells of a graverobber breaking into McKenzie’s crypt in search of treasure, only to be sucked down into a sinkhole filled with the bones of peasants who had once been victim to the plague. Was this McKenzie protecting his wares even after death?

There’s nothing scary about a Quartermile apartment, located in the heart of Scotland’s capital

These stories are just a taste of Edinburgh’s incredible history, which is full of both haunting and heart-warming stories. What we can say is that Edinburgh is never a dull place. If you wish that you lived closer to the action, why not take a tour of the luxury apartments here at Quartermile and see what life could be life for you in the heart of the city.

Just call 0845 000 2525 or email us at This email address is being protected from spambots. You need JavaScript enabled to view it.